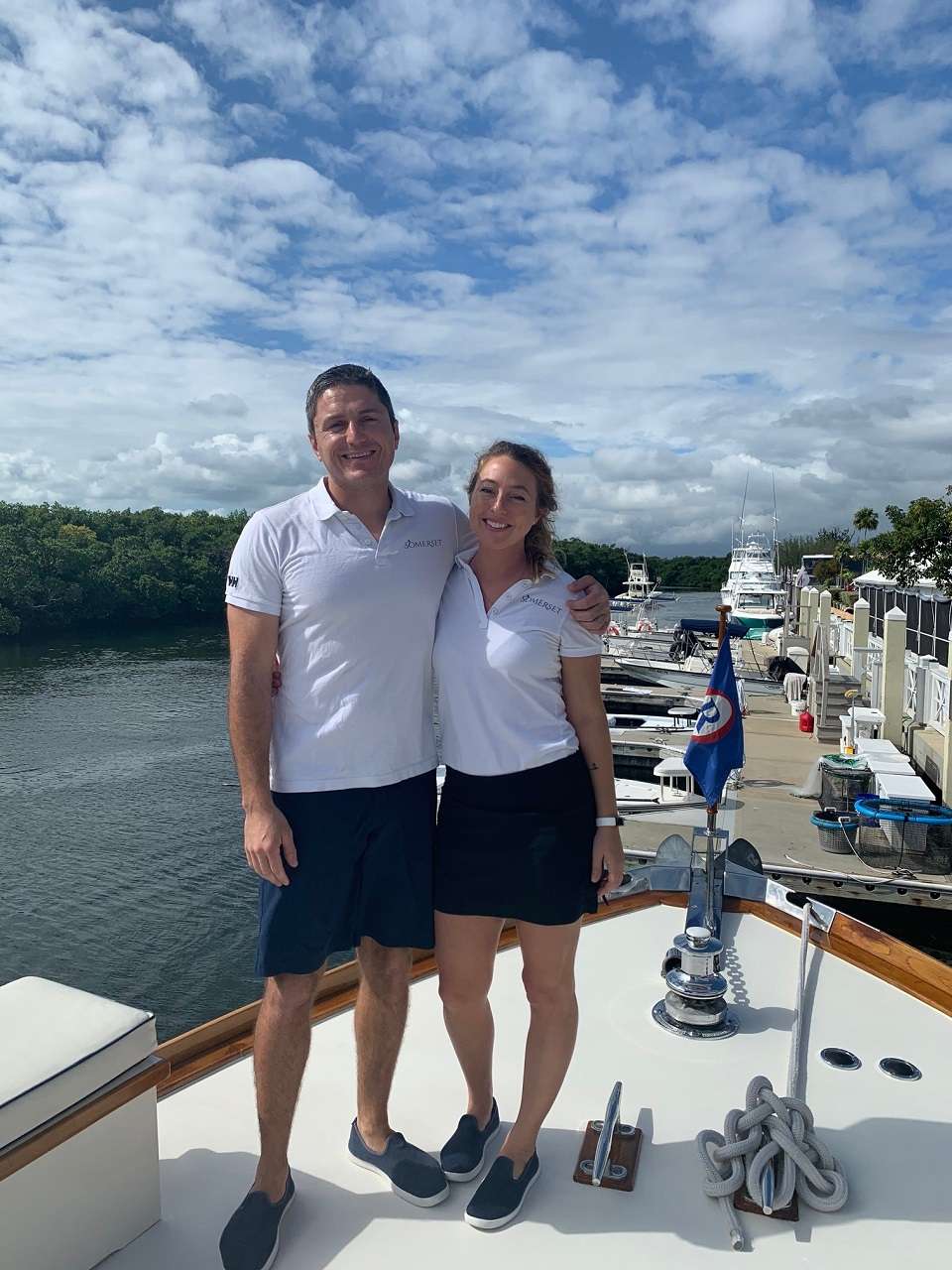 Captain Eric Hollman was born in the outskirts of Detroit, Michigan, graduating from the University of Michigan with a degree in psychology. After working in the mental health field as a counselor, he somehow found himself on a schooner sailing from the Dominican Republic to Galveston, Texas. After that trip, he wondered if he might do something like that for a living instead; turns out, he could! After years of experience on bluewater deliveries, daysailing, and term charters in South Florida, the Caribbean, and New England, he’s now the captain of Somerset, ready to bring a first-class experience to his guests.

Mate Stephanie McKay was raised in Boston, Massachusetts. Growing up in New England and spending summers in Maine, Stephanie has always loved the sea. She has been in the service industry for over 10 years, working as a bartender, caterer, yoga instructor, and everything in between. Her love of cooking has been constant since childhood, and she has spent the last 2 years working as a charter chef aboard a sailboat in both the Caribbean and Newport, Rhode Island. She specializes in healthy plant-based cuisine, but can cater to any tastes. Her hobbies include yoga, diving, surfing, traveling and the occasional dance party. She looks forward to cooking for you and your family and friends!